The opening of the Sofia LGBTI Community Fest took place on 09/12/2019 (Monday) on the second floor of the National Student House at around 6:30 pm, with a full hall and wine for HAPPY CELEBRATION – the festival is now over 15 years old, as is the Foundation Bilitis (the organizer of the festival), which makes it the oldest operating LGBTI organization in Bulgaria! 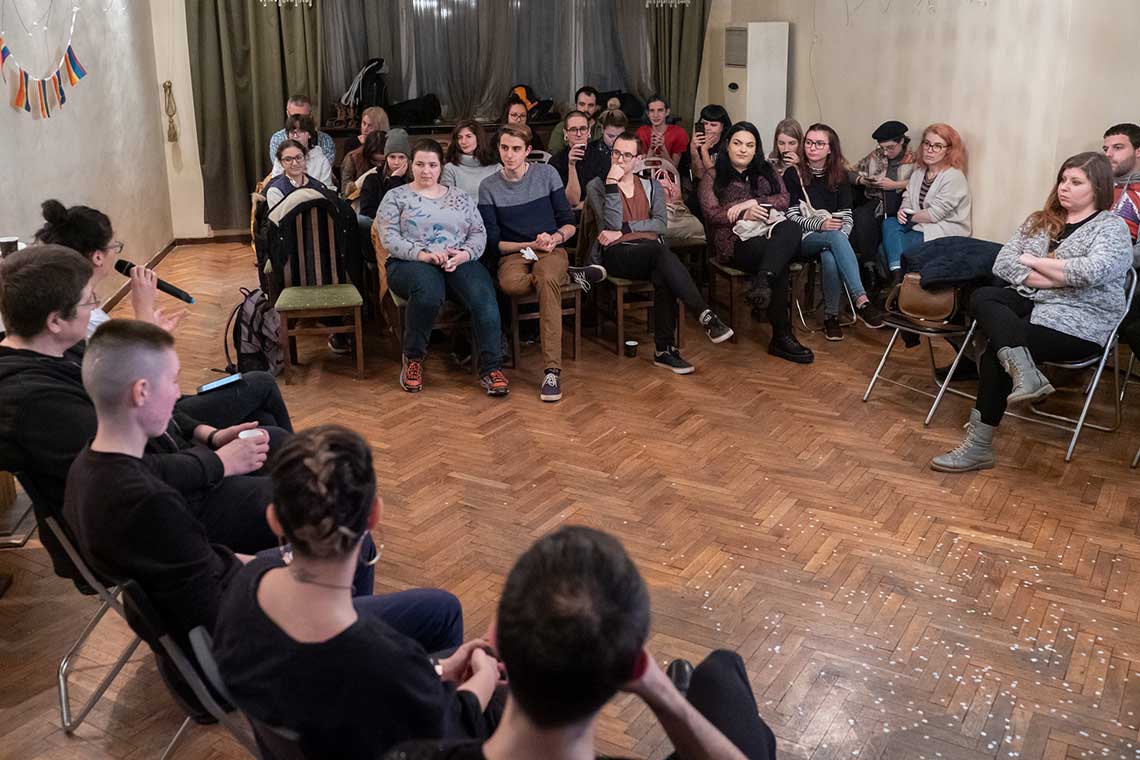 Upon arrival, guests and participants had the opportunity to view the exhibition “15 wins in 15 years”, which presents the history of Billitis so far. 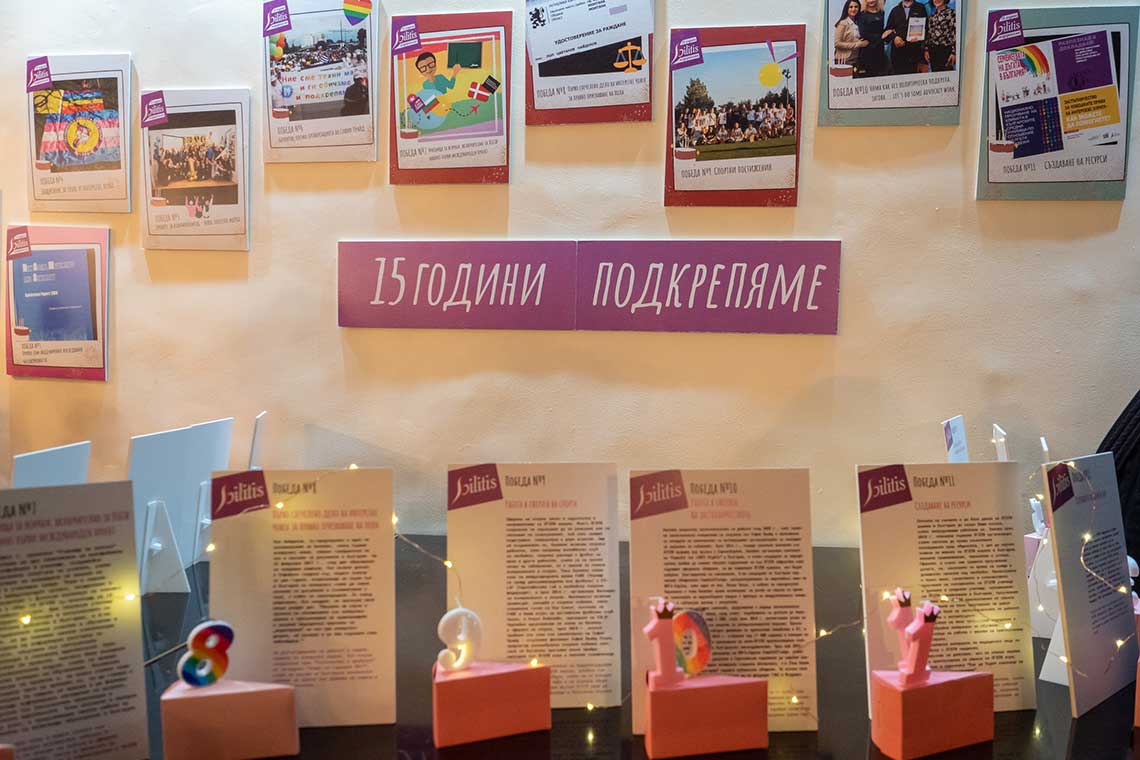 It is no coincidence that this magical combination, the occasion for joy and pride, intuitively leads to the theme of the festival – QUEER MAGIC. 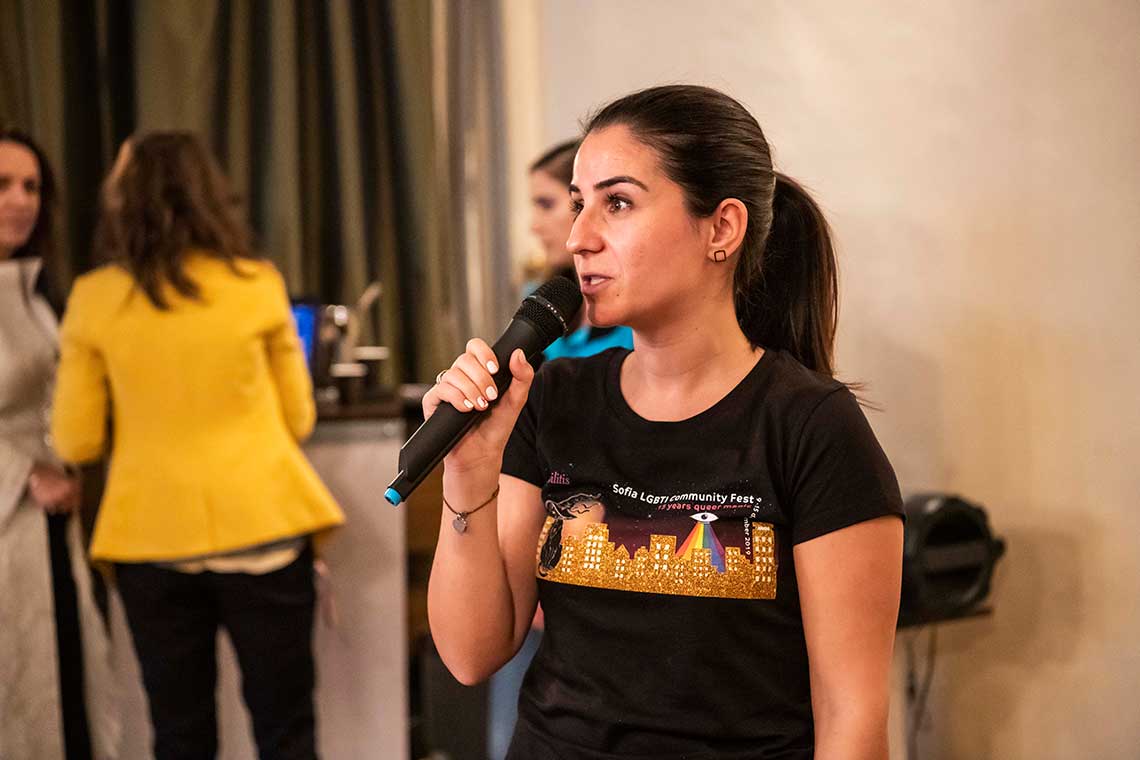 The event started with a presentation by Lilia Draganova, CEO of Bilitis, which lead to the first performer in the evening program, namely a jazz artist – Presiana Panova, who performed several iconic songs for the community, giving rise to a good mood and energy. 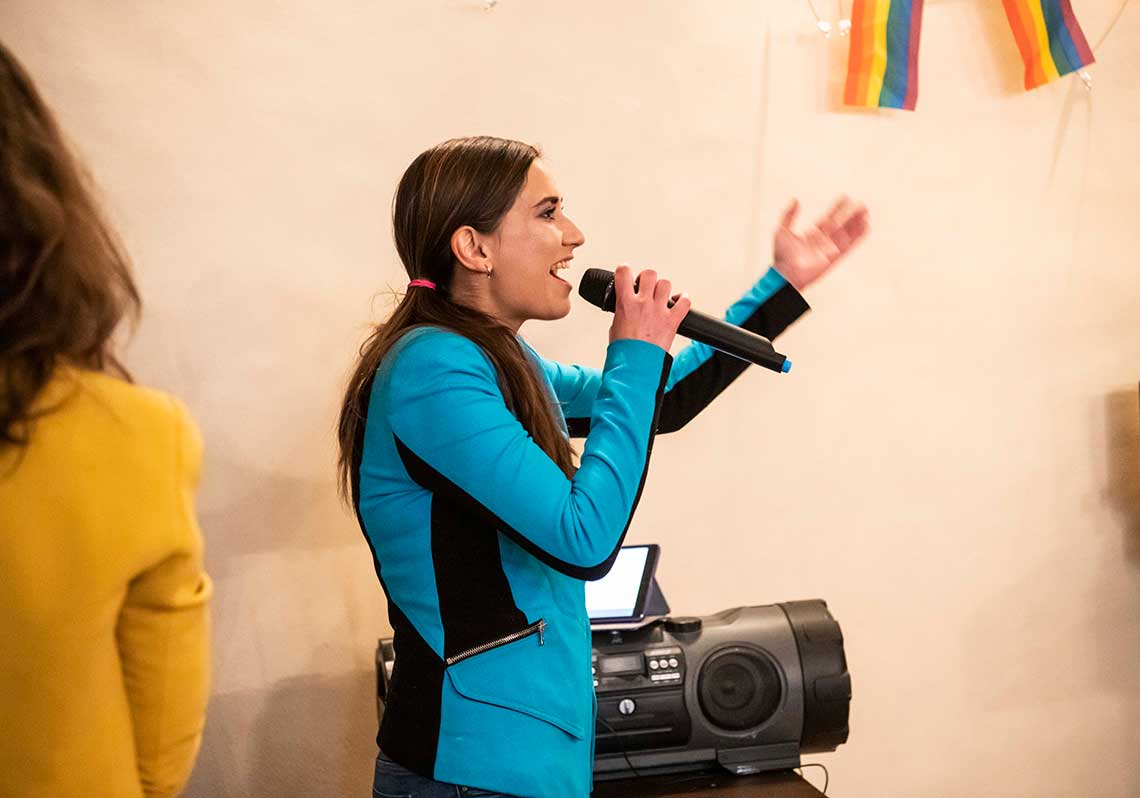 During the last ballad, a couple of lovely ladies even had the courage to dance and inspire us! With open senses the audience descended into the next magical adventure – the only female magician Desislava Dimitrova – Scheherazade. After a few spells with the participation of the audience, a flying table and a rope with four ends, we were quite convinced that this was no ordinary evening and queer magic was everywhere! 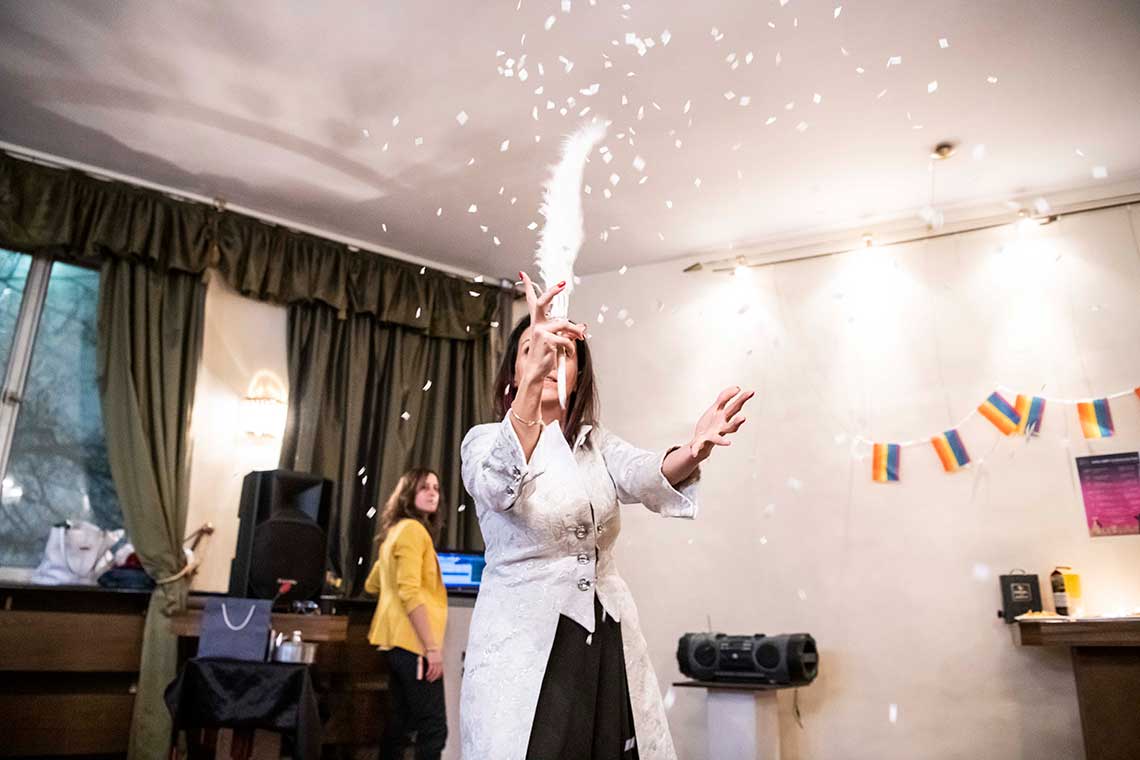 After a short break, quenching the passions with water, and refueling with a brief grip on the upcoming Spill the T discussion, followed a brief introduction by Gloria Filipova, project and organizational manager, has been the main driver of the festival for the past few years. 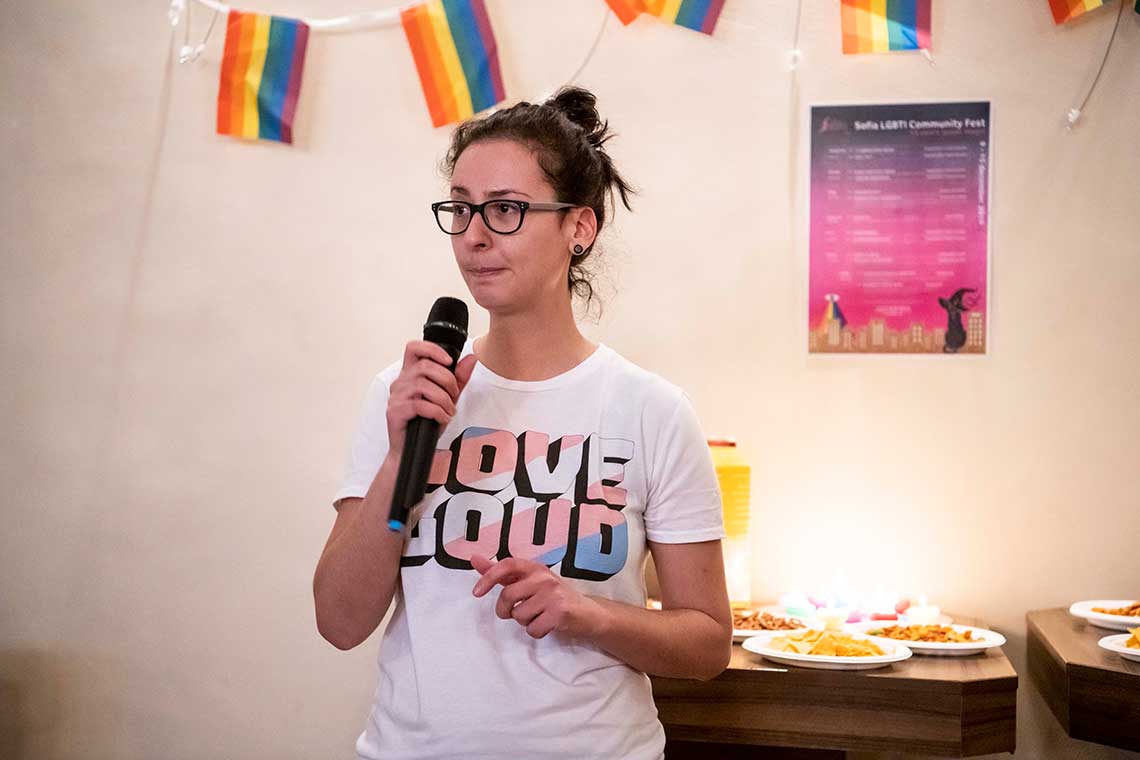 She also took the role as a facilitator of the discussion, which was attended by Paul (Pol in Bulgarian with Biological sex as translation)- an intersex person, Drago – a trans-man, Neda – a non-binary person and Samuel – a non-binary person. The participants first shared the difficulties with the language and the expression in Bulgarian without placing emphasis on the masculine or feminine gender and received some good suggestions from the audience. 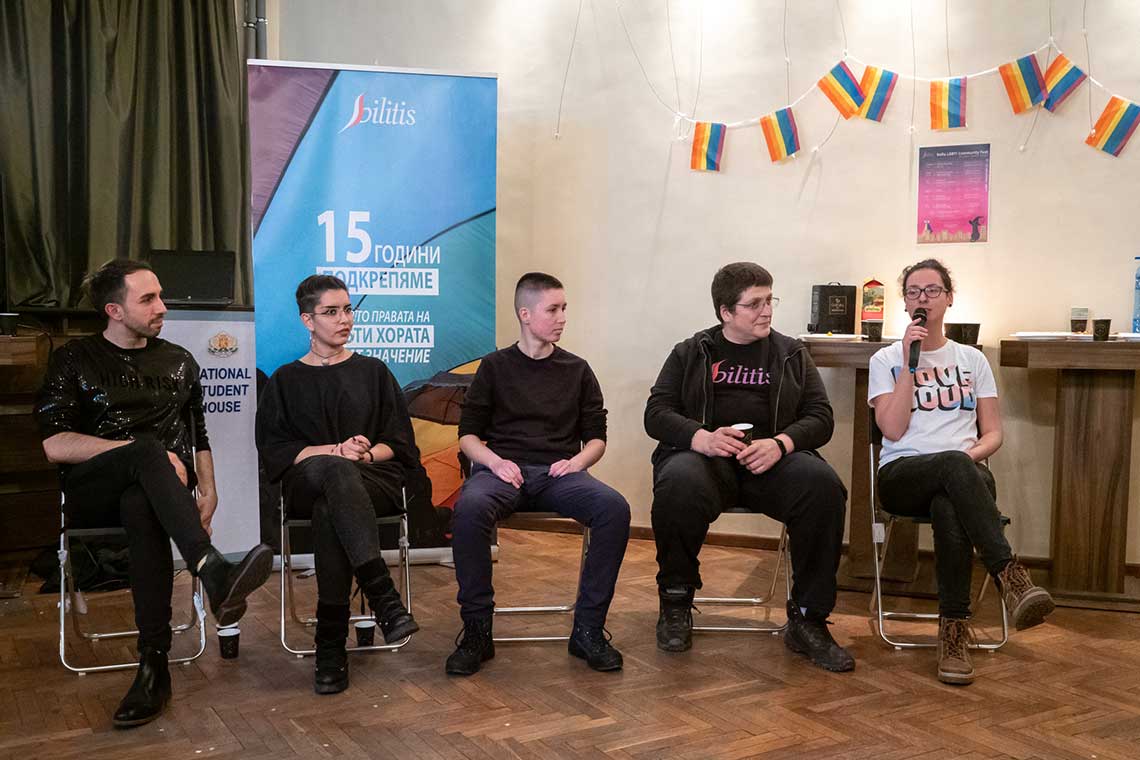 The discussion continued with stories of awareness and understanding of nature and disclosure to others. Participants shared that arriving at the understanding that you are trans or a non-binary person is a long journey in which it is important to find support and understanding, especially in the way your relatives approach you. We learned that curiosity is not a bad thing and shows respect, as Isabella, a trans-woman from the audience, reminded us. A trans-man from the community, however, put accent that whenever we explain to colleagues / friends or strangers, it is important that we do so in order to raise our awareness.

The event ended with questions about the daily lives of the participants in the discussion, what they were confronted with each day, and the importance of each taking responsibility once they  had found out what was a priority for them and began to research independently and go on their way confidently and boldly. We were presented with the whole upcoming program of the festival and of the place for sales with T-shirts, banners, badges, bags and scarves, the profits of which went to a donation to the Bilitis Foundation.